Read A Healthy You "Wholistic Health"

“Naturopathy is a distinct school of healing, employing the beneficent agency of Nature’s forces, of water, air, sunlight, earth power, electricity, magnetism, exercise, rest, proper diet, food, herbs, various kinds of mechanical treatment, and mental and moral science.  As none of these agents of rejuvenation can cure every dis-ease (alone), the Naturopath rightly employs the combination that is best adapted to each individual case. Naturopaths believe in prevention.  Prevention is the best “cure” regarding “cure” modern naturopaths rarely use the term. Naturopaths and the modalities that we employ, do not cure. The body “cures” itself.  Naturopaths are facilitators.  We try to identify the cause of problems, eliminate toxins, recommend substances to deal with deficiencies, and stimulate the body’s own natural healing abilities.  Naturopaths must vary interventions by the person, not just the “diagnosis.”  Everyone is different.  Biochemically, genetically, mentally, environmentally, and spiritually.  Naturopaths do not believe that everyone with the same problem will benefit with the same solution.  As Naturopathy was the earliest known healing system.  Before surgery and synthetic isolation of chemical substances; foods, water and whole herbs were used by many cultures for a wide range of problems. “Excavations of ancient ruins, especially after the work carried on in Egypt, disclose the fact that dis-ease was treated by fasting, purging, emetics and sweat-all with the very evident aim of assisting nature to unload encumbering waste that was plainly causing the disorder… It seems that the accepted teachings in the manner of the care of the ill were very similar to our present methods of naturopathy, being in line with Nature’s indicated efforts during illness.”  Most naturopaths believe that each individual is responsible for making decisions about his/her own health.   Naturopathy is the perfected Science of Human Wholeness, and it includes all agencies, methods, systems, regimes, practices and ideals of natural origin and divine sanction whereby human health may be restored, enhanced, and maintained. 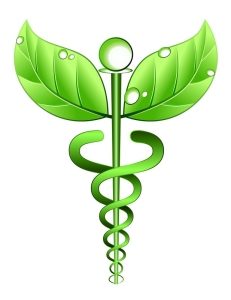 Hippocrates (circa 400 B.C.) who studied in Egypt was possible the best known of the older naturopathic scientists. (the Egyptians, Aruvedics, and Native American herbalist preceded him) “Throughout his professional life he exhibited the greatest respect and reverence for Nature and taught his follower and students initiates that the healing of all dis-eases was ‘up to’ Nature… He stated that only nature could cure and that the province of the Physician was merely to assist to make the healing more pleasant or less painful.”  Probably, his best contribution to naturopathy was the principle of “first do no harm” (premum no nocere).  All dis-eases, even so-called incurable ones, can be treated successfully with fresh air, pure water, bright light and Nature’s food supply.  No drugs, no poisons, no injections, nor any unnatural drastic measures are needed in the treatment of dis-eases according to Naturopathy. Naturopathic doctors do not prescribe treatments for dis-ease. They educate (the word doctor means teacher) and inform their clients about natural health and some of the options of which they know.  However, the reality is that not all individuals are willing to shoulder responsibility for their own health and thus not all individuals are ready for naturopathy.

Dr. Hajirah Abdus-Salaam and the team of Read a Healthy You “Wholistic Health” uses naturopathic modalities as the healing systems for their clients.  We are looking forward to serving you and your families.

Sign up to receive discounts, special offers and our newsletter!

Read A Healthy You "Wholistic Health"

We are on a mission to teach, encourage, and support all health concerns using the modalities of natural health! Some of the major concerns as we travel the road of life is to achieve peace, progress, prosperity and good health.
Read More

Facebook Soundcloud Linkedin Twitter
Thanks for subscribing! Please check your email for further instructions. Check junk mail box if nothing shows up in your inbox.